Skip to content
I think the outgoing flock of seagulls deserve at least another two feathers in their caps.
One for the excellent social gathering of past and present members of the club on Saturday night, and the 2nd, one for the    venue and  the 2.5 run. Top marks to PR crew or was it the Phantom? for the gathering of the clans,  cause he knows everyone!  Must be why he had handcuffs on.
It might have been the acoustics or the West Coast pricks complaining about “No Chips”.  It was difficult to hear what was going on.  Anyway they soon shut up when all the finger food came out.  Talk about Seagulls.
After the circle, Hamersley  started bitching.  They thought that was all the food they would get, until they saw Perth Hash forming a queue to receive a very succulent roast beef roll.   Well done.
The Run must have been o.k. as I heard no complaints from the Harriett's.  You won’t anyway as they are always busy catching up on the latest gossip.The walk was very good, except for one small glitch.  The Phantom went down a dead end street;  he called it a false trail! until we got back on track.  Job well done to the Flock.
As they fly off into the sunset in February they may be  persued  by the Pack of Mongrels”,  You first heard  it from Xmas.
The title of the GM will be changed to FIDO and the ON SEC known as “The Bitch”.
Hash Cash will be the “Dog Catcher”.
The Circle, The Dog Pound”
All currant canines will be brought back in and all “Puppies”  the rest of us caught yapping in the Pound will be tied up on leashes,  15 meters away (watch out Scummy.)
Dog Collars will be sold by Hash Hasberdashery        with name tags extra.
On the runs or “Walkies”  as they will come to be known. There will be no running up the ass of anyone.  If you need a piss, you are required  to   stand on one leg  next to a lamp post.  Chewing  up pussys will not be tolerated, just ask  Antman.   Licking  your own balls is o.k.
If you need a dump, just ask Ramrod, he carries plenty of spare  yellow bags.
On return to the pound there will be no more chips as the Mongrels have talked Pembo into bringing along 20 kilo bags of dog bickies.
And to conclude in the New Speak, it’s not ON On but Woof Woof.
Xmas (The Dog Whisperer)

A YouTube video of the Hash Story – from the beginning.

Oh! no it's not from Topgun, not even Rhino.

It's the Red Baron 'Sawbones'…

The following is a very rare piece of film, 100 years old. It shows Baron Von Richthofen, doing an external prior to a mission, as well as his putting on a flying suit prior to flight in cold weather. If you look close you will notice Hermann Goering.The Baron was shot down on 21 April 1918 by Roy Brown of the Royal Navy Air Services, a prelude of the R.A.F. The Aussies also claim that one of their machine gunners on the ground shot the Baron down. UK & Aussie Doctors, after the autopsy, stated that the fatal bullet was shot from above. The author of this has been very involved as a Director of the Roy Brown Museum in Carleton Place, the hometown of Roy. Many letters have been written over the past 3-4 years and finally, Roy Brown was inducted into Canada's Aviation Hall of Fame on 4 June 2015…To think this film is almost 100 years old! If you’re interested in history or aviation, you cannot miss this footage. It was just posted online, and I've never seen anything like it. It's from 1917, and it's an up-close and personal look at the most legendary combat pilot who ever lived, the infamous Red Baron, Manfred Von Richthofen. Watch the extremely rare, extremely old footage and re-live history. ULTRA-RARE footage of the most famous fighter pilot ever.


We go swimming very Monday. Well we did this Monday after gathering at Hollywood Bowling Club near Karakatta cemetery
Before heading out into the rain we were treated to an entertaining reParking of the van by acting tugger-in-chief Budgie. Well done to the driver and a variety of advisers resulting in the van being brought to the very adequate shelter without losing the solar panel on the van roof.
The hares looked like pastry chefs after trying to set a trail in the continuous deluge but it in the end was necessary to employ Action as a live hare as the actual hare, Phantom, had far more pressing matters such as keeping dry.
That way encouraged Phantom pointing to a waist deep puddle and oﬀ went the pack.
Despite a torrent of abuse from Phantom, the co-opted walk guide, Stewie, chose discretion over valour and led the walkers in the opposite direction.
The fair weather hashers who stayed at home missed a great run in good territory. Action led the way south then over Smythe Road into a section of bush adjoining karakatta cemetery. Completing the loop around new housing built on the old Hollywood High School site and across Dot Bennet Park then eventually cross the railway bridge to Stubbs Terrace.
A very wide loop took Action and his band of hardy followers into the bush at the rear of Shenton Colleges and back through the tunnel under Shenton Park Station. It was necessary to swim over the pedestrian crossing and into Evans Street, down an alley to Onslow where the ﬁrst arrow was spotted under a shop awning.
A straight forward route arriving back at the bucket in about 40 minutes to coincide with the walkers.
The circle was well roofed and provided with excellent lighting under the club rooms. A 36 year anniversary down down for Stewie and a second one for birthday No 68. Some people are simply lucky that they do not show their age.
Barcode was a returnee from The Indonesian Woodlark Island (some people get all the good jobs).
Our Religious advisor, Tripple J was enthusiastically received and provided a wet evening with generous helpings of dry humour.
The food was chicken and salad rolls served by a Phantom wearing a suspicious surgical glove. I did notice Phantom had been wearing that all evening and was obviously intended to ensure any germs collected or chicken grease didn’t taint his skin.
Very well done to Phantom and Sir Knob. Good on you both for planning, setting and ensuring a fun evening. But a special thanks to the 30 odd hash men who turned out in very inclement weather to support your eﬀorts, it was well worth it.
On On
Stewie

COLONEL and The Budge at the Usual Spot

40 odd Hashers arrived at   Butlers Reserve expecting a re-HASH (good Word ) of  old runs. As it was he covered some NEW Territory but seems to have forgotten that PH3 uses P arrows   – not the bog-standard arrow of yesteryear.

The run itself used what public open space was available, crossed Scarb Beach Rd and wound thru the Mansions of Scarboro.

It was then down down to the beach to view the Topless Chicks (all gone since Harvey Weinstein was outed) and along beach tracks.

Crayfish, Bushie and others lost it here in a lane behind Coles (or was it the Check in the Middle of the road that confused them) but the rest of the Pack found their way to the steep hills around Kay St and the few cunninglingus FTs on Ventnor.

Pack and walkers all arrived back together after 50 mins Well Timed Good Run.

The RA climbed carefully to his Rostrum suffering from Plantar Fasciitis and it bloody hurts -ask Phantom –Budgie –Conman and told his joke about the Village wise Man and awarded the Bell to Q -apparently his Navigator fell asleep on way the way to Hash.

Poor Q gets the Bell or a Down Downs more than Scummy.

Food was a change being Good Quality Burgers with all the trimmings.

Only Bad marks were for leaving Banner and Pourers behind last week and refusal to do a write up after Gumby put in a big effort He also refused to collect signs after the run –After 30 years he is still the only one convinced it is not his job. Phantom spat the dummy and refused to collect them so here’s hoping Colonel did the job

ON ON Ghost who limps

Picture from the archives – circa 1972 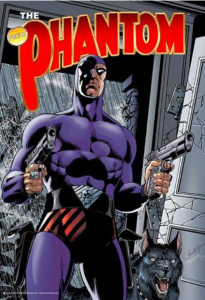 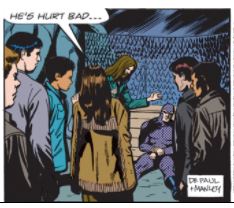 Bushies run (with a red track to indiate where the actual run possibly went). 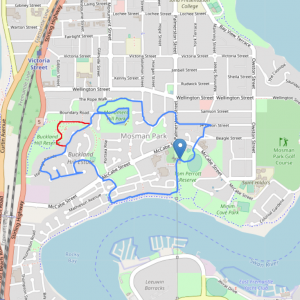 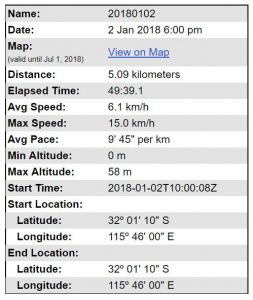 As seen by an 'observer'.

(Colonel to insert his write-up here…)