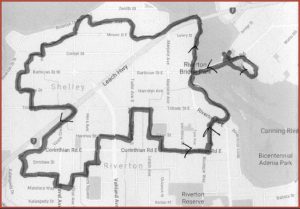 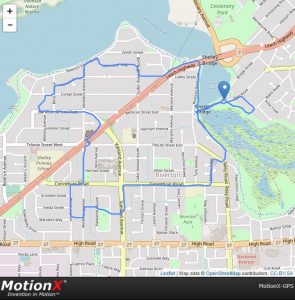 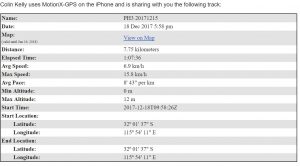 Chunda & Haggis returned from setting without mud on their shoes. That was good sign.

Interesting territory that us PHact riders frequently visit out our 50Km early (got that FT) Friday morning ride. Until recently the area was flooded. Presumably because of the bridge reconstruction over the weir.

Rhino managed to park straight with all his car in the bay, well done!

The run will be reversed next week – watch this space.

Moses said to Mastitis (as he drove into the car park) have you retired now as you don’t arrive late anymore? The response cannot be printed here due to PG rating.

It was a great run with no snakes sighted. I managed to run most of the trail and FT’d (short-cut) the last few hundred metres.

Neon and I returned to the bucket the chips were out and there were lots to go around – why would that be?

Dicky knee was back – great to see you!

Botak & Neon were given a down-down – maybe for talking? Botak could even knock Budgie off the perch for the talking under water gong.

$ & Neon both didn’t know what went on at the Hash Xmas lunch – one was there and one wasn’t.

Barcode explained that now with Gay marriage legal & once the scientists perfect LGBTIQ++ breeding we could end up with strange offspring- he showed pictures of their future offspring.

Ace explained why run 2500 will be held out of numerical sequence. This is Hash so the committee decided that the runs would be held in this order:-

Polecat wants to legislate against idiots (not sure why I wrote that down).
Crayfish – quietly pushed to front of food Q so was awarded an infrequent down-down.

Bushie was awarded the bell – I think it was pay back for pouring beer over Nanny a few years ago. He demonstrated how to ring it whilst the Perth Hash song was sung.

Elbows doesn’t pay attention – instead of going to the front of food Q he went to front of down-down Q.


The food was Meatloaf, salad and gourmet roll – yumm!

PS We did most of the run!

We have been here before .Like a 20 year marriage  -he knew what to do but could he make it interesting !   In the unfamiliar style of a Freo Supporter  -He did it well .

The runners took off for a large loop which gave the Wanklers time to reach the old traffic bridge and climb thru hidden limestone hills to the Signals Lookout .After a number of FTs the Wanklers emerged by the Army Museum followed by the Runners .

At this point the Runners looped the Swimming pool and then tackeled more limestone bush to emerge just behind the SCB Wanklers .

The Wanklers short cut past Horribly Long park while the runners took the longer Root,all arriving back around 7

So fat Wanklers stuffed from the hillclimb to0k the short Root home abut also got back at 7  .Top effort using some virgin territory and keeping the pack pretty well together.

Back at the Bucket some 50+ drinkers ,including around 8 BONCs , enjoyed the Hash and jokes .The Hills youth  were recognised for Graduation , especially Q (Brain ) young Seagull . FT got the Bell so we may not see or hear it again till 2018

Food was tasty marinated lamb and coleslaw in a bun. WEL DON ARISTO

Well this was by far the best run held on Entrance Rd, South Coogee this year. No question, it should win the “South Coogee Run of the Year” award.

As usual you are never too sure how many will turn up when a run is set below the Fremantle traffic bridge plimsoll line but on this occasion forty or so hashmen turned up for a run in an area that would be unfamiliar to most. We set off heading south for a small loop before crossing Hamilton Rd heading towards the local mosque, which just happened to be the former Watsonia cochon small goods processing plant, to the sound of the call to afternoon prayers. Being well-known happy clappers who holds godlike qualities close to their hearts we had to stop Crayfish and Bushy from staying to long on the prayer mat and so we continued in a close knit pack for some way towards the east.

The run moved in good territory with well set FT’s and checks to give all the old bastards a chance to at least stay within cooee of FT and Seagull. A note to remember – if you are too far behind just follow the Molster as he always has an incredible ability to reduce the yards to find the front of the pack. This is called “Short Cutting” and it should not be considered a sin to be such an accomplished master at the art as it takes many years to perfect this quality and Rumpole isn’t necessarily the best teacher.

We continued on throughout the newer parts of South Coogee but always to the east which was where most of the interesting area is. Most Freo people understand this magnetic eastern effect as there is this tremendous and powerful draw towards Cockburn the home of the mighty Freo Dockers. I digress even if it is recognized that this fantastic club has picked up a list of the best young players ever – just ask Colonel who apparently talked up the list on his walk with the vigorous but perambulating Mumbles and company.

The runners almost caught up with the walkers near the railway track where we got side tracked by Gnocchi with the pack, a little strung out now,  heading away from home again. Q and Debbie didn’t let us down and finally we started heading back and under the bridge to home. All in all a good run was enjoyed.

Back at the bucket we all had the opportunity of downing one of Jaapies birthday beers and Seagull took over the circle in the absence of our cerebral but deadly On Sec Bark Hode. All the formalities were discharged with a welcome to an old member Thommo and another welcome to that pommie guy?? who has had a number of runs with us already –  then on to Tripple J who gave us the benefit of his weekly diatribe – he does put in a lot of effort for the small amount of time he is on the crate.

Even though I didn’t actually do the run due to a squashed foot, Iam reliably informed that it was a very predictable Rhino run.

In true Burswood or Tomato Lake tradition, there were long stretches between markings – always hard to set a really good run in old suburbs where blocks are big.

However, the leafy streets of Dalkieth and large houses extolling the benefits of capitalism and hard work made for pleasant scenery whist running.

Highlight of the run has to be Phantom’s dummy spit as he directed the runners whilst obscuring a check – now Phantom is normally very calm and collected, so perhaps that could actually be construed as initiative!

Other than that, seems run was uneventful and reasonably well set.

Back at the bucket, it was good that we were beside a plaque letting us know the land belonged to the Noongars – you’ll all be impressed I stopped Nanny’s dog from pissing on it!

Talking about dogs, if you went hungry, Rhino’s inattention allowed one of the local canines to devour a few snaggers.

Car parking & lighting good, tucker average and I think the score was 1.0 [or is that a typo?]