Haggis speech at the the ‘Close To Your Heart Run’

FT, Providing this is not fake news one would say Trump is good man “recognising bikers”

Everyone, you & your families stay safe.

The Premier of Western Australia, Mark McGowan MLA, speaks to the hash chapters of Perth on the steps of Parliament House.

Mark McGowan MLA, on the steps of Parliament House addressing the gathered hashers (from the many chapters in greater Perth area). The Premier spoke about the benefits of running hash and commented that he has known Eric Ripper, former leader of the Labor Party, known to us as ‘Sir Knob’ for over 25 years. He went on to say he has never seen Eric looking better so Hash must be benefitting him.

The Premier then called ‘On on that way’ and depending where you where standing it was either to the left or to the right, showing that Hash is apolitical. 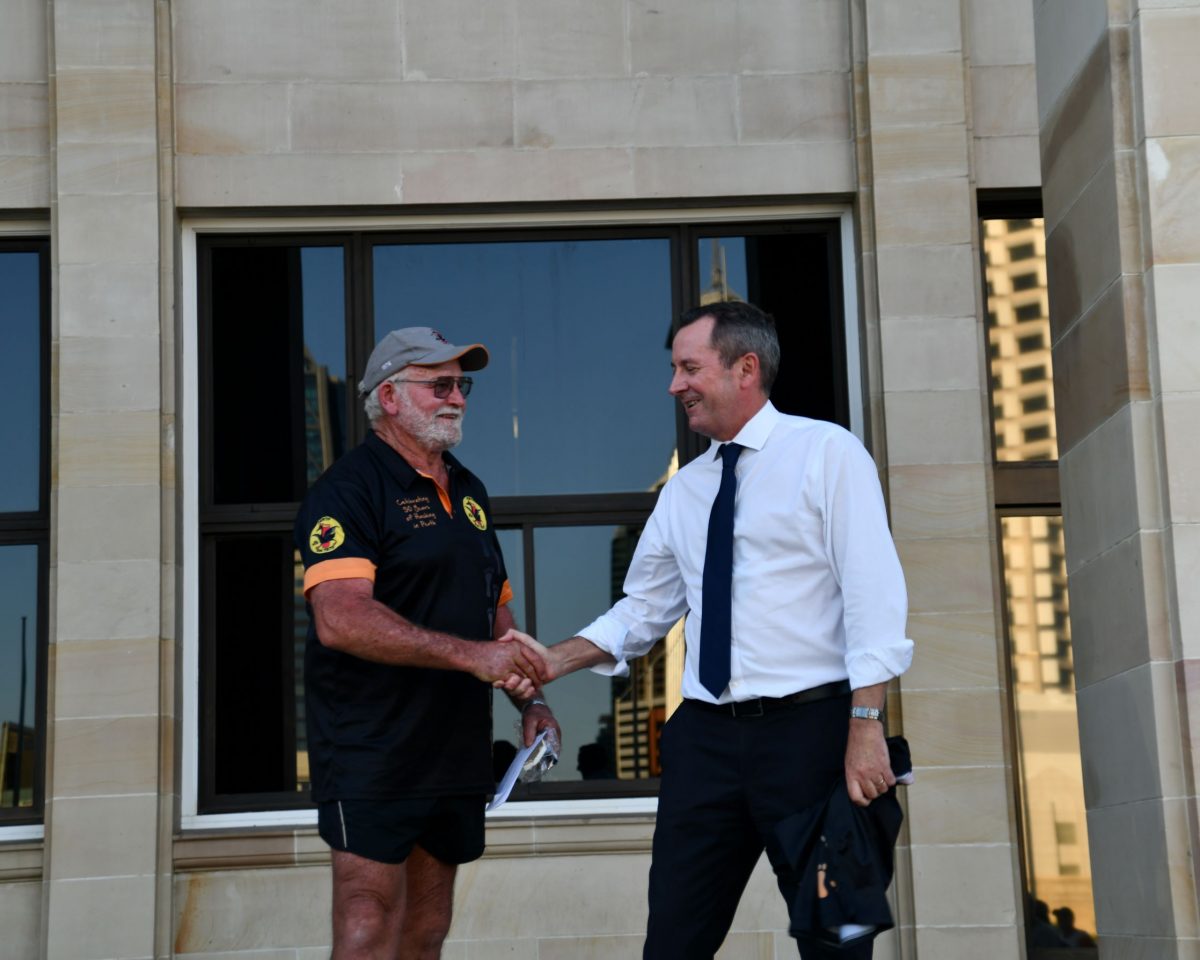